This is an issue that is constantly coming up still, despite the fact that the Department of Labor and Employment issued their Labor Advisory on Working Conditions of Delivery Riders in Food Delivery and Courier Activities last July. (Labor Advisory no. 14 Series of 2021)

The main question we get asked from delivery riders is “do we have a case against the employer?”

Unfortunately, the answer to that question is not always “yes”. Since the DOLE defined what constituted an employee as opposed to a contractor, certain criteria have to be ascertained before any legal answer could be given.

So who are employed and who are not? Before you can advise someone on their employment status, you first have to apply the three tests that will determine the status of the delivery rider. These are:

Each of these determines whether the rider is directly employed by the company or is a contractor without the security of tenure of an employee. And this is how it is worked out.

This is quite an easy one to determine, as long as you have all the information about their work, equipment, pay, etc. Contracts can often tell you this information, or the Four-Fold Test is applied to the conditions of the “employment” of the delivery rider to ascertain whether they can be considered to be employees or not.

The simplest way of all to tell if a rider is employed is to find out if they signed a contract of employment. If they did, and they have a copy, you can simply read it and know from its contents whether they are considered to be employees or not.

The contract normally ascertains the selection and engagement of an employee, but even without a contract, the fact that a worker is permitted entry to the workplace or is given work to do can be enough to show that Item 1 applies.

The same can be said for wages. If the company pays the worker for their services on a per-hour or per-day or per-month basis (which can easily be ascertained by the use of pay slips), then that can determine that they have control over payment of wages. This is more especially obvious if the company pays their government contributions.

The power of dismissal is the third aspect, and it is more than just being able to say “you’re fired” (especially since you can’t do that here). Being able to dismiss a worker legally, following Due Process of the law, shows that Item 3 is valid.

Control is the fourth and most important aspect of the Four-Fold Test, as controlling how, where, and what the worker does shows that they are, without doubt, an employee.

This power of control was defined in the Supreme Court case of Del Rosario v. ABS CBN (September 08, 2020), wherein the SC stated that:

“Time and again, it has been ruled that the test to determine whether employment is regular or not is the reasonable connection between the activity performed by the employee in relation to the business or trade of the employer.

Aside from having the right to require petitioners “to attend and participate in all promotional or merchandising campaigns, activities or events for the Program,” ABS-CBN required the former to perform their functions “at such locations and Performance/Exhibition Schedules” it provided or, subject to prior notice, as it chose, determine, modify or change.

However obliquely worded, the Court finds the foregoing terms and conditions demonstrative of the control respondents exercised not only over the results of petitioners’ work but also the means employed to achieve the same.”

As such, any worker who can be told what to do, where to do it, and how to perform such task, is automatically considered to be a regular employee of the company.

So how does this work for delivery riders? If the company can control the method and means of delivery, as well as the schedule and work location of the rider, then the rider is an employee.

A couple of prime examples of this are McDonalds and Jollibee, who employ their own riders for food delivery, and who are considered to be employees. 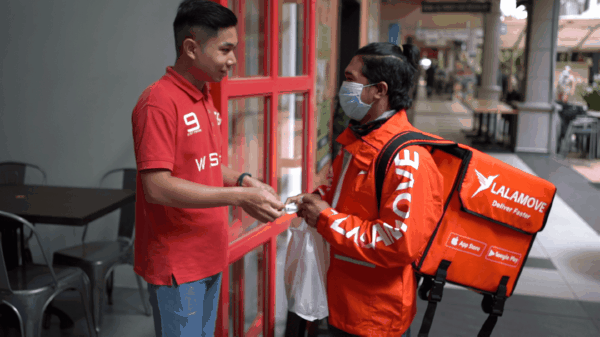 Workers are deemed independent contractors because of their unique skills and talents and the lack of control over the means and methods in the performance of their work. So the guy who signed up to work for a delivery app, who can choose when he works and can refuse to accept jobs, and can make the delivery in any way that he sees fit, is a Contractor, not an employee.

The Omnibus Rules Implementing the Labor Code also has this to say about Job Contracting:

“Job contracting is permissible under the Code if the following conditions are met:
(a) The contractor carries on an independent business and undertakes the contract work on his own account under his own responsibility according to his own manner and method, free from the control and direction of his employer or principal in all matters connected with piece of the work except as to the results thereof;
(b) The contractor has substantial capital or investment in the form of tools, equipment, machineries, work premises, and other materials which are necessary in the conduct of his business.”

Moreover, they work on their own, accepting whichever jobs they choose to accept, declining jobs they don’t want to do, and can make the delivery in whatever manner they see fit, as long as the results of the job are completed and the delivery is made.

What about the issue of suspensions for not meeting alleged “targets”?

Since you can “allegedly” sign up through the app, choose when and where you want to work, and refuse to accept delivery orders if you don’t want to work, then GrabFood riders are usually considered as being Contractors. According to the GrabFood T&Cs, the riders are termed to be “partners”:

“2.6. “Partner” means the independent third parties (who are not Grab) who provide the relevant Solutions to Consumers through the Service, including (a) driver-partners, delivery-partners, (b) merchant-partners such as GrabFood, GrabMart and/or Grab Supermarket Merchants, and (c) any other relevant goods and services providers;”

“PARTNERS ARE NOT, AND SHALL NOT HOLD THEMSELVES TO BE AN AGENT, EMPLOYEE OR STAFF OF GRAB AND THE SOLUTIONS PROVIDED BY PARTNERS SHALL NOT BE DEEMED TO BE PROVIDED BY GRAB.”

Yet, they still have policies that bind their riders, such as the Grab Delivery Partner Code of Conduct, and for which your account with them can be suspended or even terminated. Strangely, that “Code of Conduct” does not include the frequently-reported alleged “policy” of suspending riders for not doing enough deliveries in one week.

Currently, there is still an issue regarding allegations of the “suspension” of work for those riders that do not reach a “weekly completion rate” for their deliveries. Without a Supreme Court ruling on what sort of “control” is deemed to be within the realms of the Four-Fold Test for delivery app riders, this is still a gray area.

Exceptions to the Rule?

There is still some consternation on this issue, despite the issuance of the DOLE’s LA 14-21. In the Advisory, the DOLE stipulated that there is also the Economic Reality Test to be applied to ascertain for definite if a contractor really is a contractor.

The Economic Reality Test looks at several other factors that are involved in deciding whether or not the rider is an employee or a contractor. The determination of the relationship between employer and employee depends upon the circumstances of the whole economic activity, such as:

One major point of concern is whether their capitalization satisfies the requirement of “substantial capital or investment” as to hold them to be responsible for themselves as independent contractors.

One could say, for example, that the ownership of a motor, helmet, safety gear and bag to carry things in, insurance, a license and registration, plus enough cash to cover the cost of a few orders before you start working would be enough to cover that “substantial capital or investment”, since there is not much to invest in the first place, and they do not need a multitude of specialist tools and equipment. But that would really require either a DOLE Department Order or Supreme Court intervention.

Another is whether or not they perform activities which are necessary and desirable to the business of the companies that had accredited them such that the latter’s enterprise stand to profit from the drivers’ labor. This could be argued that, since their whole business revolves around people delivering stuff for other people, then it is considered a “necessary and desirable” activity and that they really DO stand to profit from the labors of the driver. After all, they Do take around 20% of all money earned!

Still another matter to reckon is whether the firms wield the power to “dismiss” the drivers for deviating from the imposed guidelines or policies. Or would such a “dismissal” only constitute a breach of contract, such as when failing to deliver an item or transferring responsibility to another rider, which would need to be challenged in the civil court instead of the NLRC. 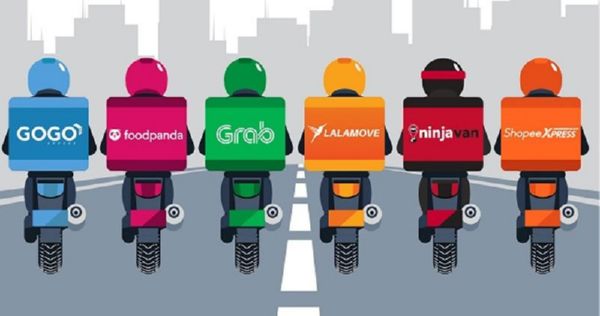 None of these concerns have yet been quantified as to whether a delivery rider is considered an employee or contractor under the Economic Reality Test. However, for now at least, those who were terminated and think they may have been employed riders can file a complaint with the DOLE, through the Single Entry Approach (SEnA) form.

This is really the only way for now to determine under the three Tests whether a rider is an employee or a contractor. The DOLE will not automatically rule out the possibility of an employer-employee relationship, and if the company refuses to cooperate, the DOLE will conduct its own investigation and referral to a Labor Arbiter, if necessary.

Still, this is an aspect of the issue that may take years for courts to sort out, and may well find itself in the Supreme Court before any real decision on the status of delivery riders is made.